Sandtray Therapy is an expressive and dynamic play process that is used by children, adolescents, individual adults, couples, families and groups in the presence of a trained sandtray therapist.*

“Often the hands know how to solve a riddle the intellect wrestles in vain.”
— Carl Jung

How Does Sandtray Therapy Work?

A sandtray therapist’s office is equipped with an extensive collection of miniature objects, sand and water. The sand is contained in a tray with a blue bottom. The client is invited to create a world in the tray by making patterns in the sand or by placing objects into the sandtray in any configuration that feels right.

Everyone is encouraged to play with the sand exactly as they wish. Some dig into its depths. Others build up to the heights. Some create geographies of mountains, valleys and rivers. Others create worlds with objects and figures. Some create dramatic play that tells a story. Some work with dry sand and others add water. Some talk as they build and others remain silent. There is no right or wrong way to play.

There are those who have described sandtray as comparable to a “waking dream”. Meaningful images, dilemmas, fears, hopes and dreams can be accessed through the sandtray, allowing conscious and unconscious aspects of the psyche to interact. The therapist neither analyzes nor interprets the sand-world. The meaning of the play emerges as the client experiences it and shares it with the therapist. The outcome is often a feeling of rightness and truth for the client. “This is how it is. This is just what it is like for me.”

Why Use Sandtray Therapy?

Sandtray Therapy translates personal experience into a concrete, three-dimensional form. As a picture can say more than a thousand words, a figure or scene can express feelings, emotions and conflicts that previously had no verbal language. Hence, the sand-worlds that are created offer a rich and highly personalized vocabulary for pre-verbal or non-verbal experience. Without having to depend on words, clients can increase their capacity for expression through the tray. Self-awareness and communication are enhanced by this process.

Once some aspect of the self has been made tangible in the sandtray, the ability to experience it, share it with another, experiment with it, play with it, change it, revise it, and learn from it, is all possible. We can welcome and work creatively with whatever shows up in the tray. Internal struggles and tensions can be played out. Familiar “stuck” patterns may loosen and the beginnings of new, more satisfying ways of being may emerge.

*Our approach is based on Sandtray-Worldplay Therapy, as developed and taught by Gisela S. DeDomenico, PhD 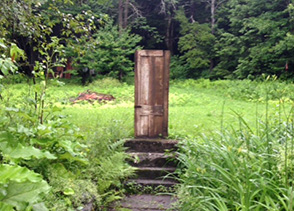 "Make yourself a door through which to be hospitable, even to the stranger in you."
-- David Whyte

"Where you stumble and fall there you will find true gold."
-- Carl Jung 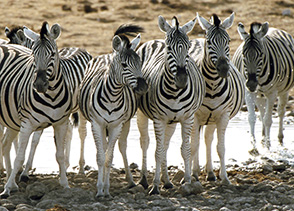